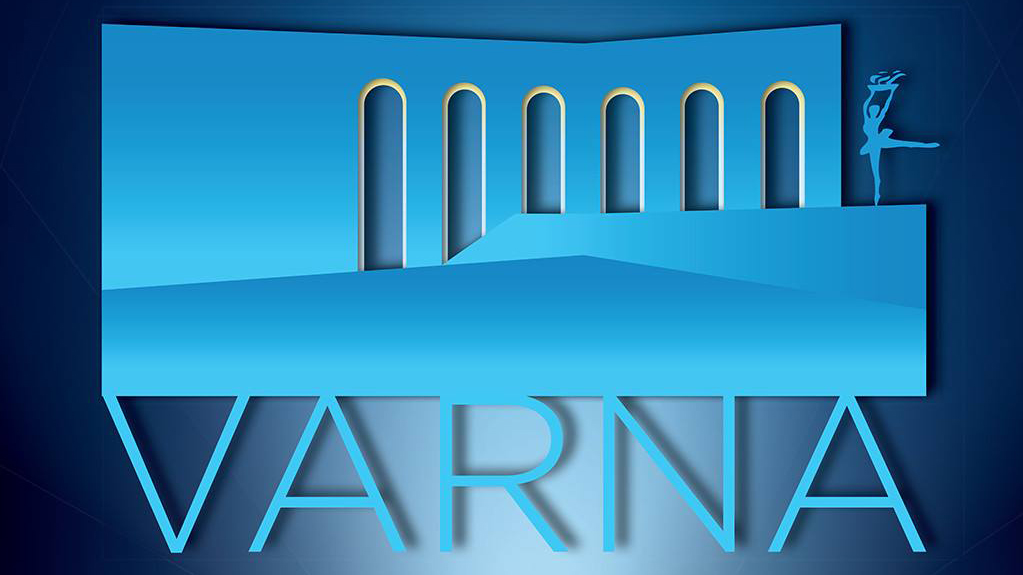 The 27th edition of International Ballet Competition – Varna begins with an official ceremony tomorrow night at the picturesque Open-Air Theatre in the Sea Capital. Already at 20:00 the Naval Forces Orchestra will invite the guests to the festival. At 20:30 the opening ceremony will begin. Guests at the ceremony will be Bulgaria’s Vice President Margarita Popova and Varna Mayor Ivan Portnih. By tradition, at 21:00 on 15 July, the flame of the Ballet Olympiad will be kindled by the youngest participants on the stage of the Open-Air Theatre.

On the eve of the opening at a press conference in Interhotel Cherno More the organizers and their partners shared with the media the most-interesting details of the programme of the dance forum.

Iliya Raev, member of Foundation International Ballet Competition – Varna Managing Board (MB), moderator of the press conference, reminded that the Competition in Varna was founded in 1964 and was the first in the world professional international ballet competition. Since 1992 the Competition is organised by International Ballet Competition – Varna Foundation and co-organiser of the event is Varna Municipality. The forum is held with the support of the Ministry of Culture of the Republic of Bulgaria. Patron of the 27th edition is Vice-President of the Republic of Bulgaria Margarita Popova. The Ballet Olympiad is under the patronage of UNESCO and its Director General Irina Bokova.

155 candidates from 35 countries are officially enrolled in the Competition. 51 young dancers in the Juniors category and 104 in the Seniors category will contest for the prizes. Competitors from the Russian, French and Cuban ballet schools will participate in the Competition, and also dancers from Argentina, Brazil, Mexico, South Africa, the Czech Republic, China, Korea, Japan, Italy, Romania, Turkey, Serbia, Slovenia, Spain, United Kingdom, Belgium and Finland. 15 participants will compete on behalf of Bulgaria, 7 of whom are foreigners. The competitors will compete for the title “laureate of International Ballet Competition – Varna”, distinctions, medals and many other prizes. The Special Prize for young talents in the name of Maestro Emil Dimitrov, founder and long standing driving factor of this exceptional in the world of dance event, will be awarded for the third time.

“We, in the Foundation MB, hope that the 27th edition will continue the good traditions that have established Varna Competition as the first in the world professional contest and won it the glory of a Ballet Olympiad”, Iliya Raev said. 2,600 young dancers from over 40 countries participated in the Competition during the years. The talent of the best has been discovered and promoted by our Competition and therefore our motto this year is “Varna – where stars are born”.

Almost all the brightest stars of world ballet in the last five decades have received their first international recognition at Varna Competition. Among those are Vladimir Vassiliev, Natalia Makarova, Eva Evdokimova, Mikhail Barishnikov, Natalia Bessmertnova, Patrick Dupond, Silvie Guillem, Agnes Letestu, Yoko Morishita, Martin Van Hamel, Evelyn Hart, Loypa Araujo, Vladimir Malakhov, Fernando Bujones, Maximiliano Guerra, Marin Boieru, Rasta Thomas, etc.
Kosta Bazitov, Deputy Mayor of Varna, emphasized the place of the International Ballet Competition in the spiritual image of the city and its huge importance for Varna to become a world summer capital of dance. He also noted the contribution Maestro Emil Dimitrov, founder and a driving factor of the Competition until his last hour. Mr Bazitov also pointed out how important for the Municipality was that Competition edition as it was held in the year when Varna was preparing for European Youth Capital 2017 and wished the Ballet Olympiad success.

Dimitar Dimitrov, Chairman of Foundation International Ballet Competition – Varna MB acquainted the media with the main details of the programme. “Tomorrow night we begin with an official ceremony where we expect to be present the patron of the Competition, Mrs Margarita Popova, Vice President of the Republic of Bulgaria. After the ceremony we continue with the First Round – classical choreography. This Round will be until 19 July, then the Second Round – classical and contemporary choreography – from 21 till 24 July, and then the Third Round – from 26 till 27 July. The final will be a gala concert of the laureates on 29 July. It will be followed by a super gala “Meeting of generations” on 30 July, where holders of prizes from previous Competition editions will take part. At the legendary stage of the Open-Air Theatre, where they have received their first recognition, again will dance prominent laureates of previous Competition editions Marta Petkova, Bulgaria, Nikola Hadzhitanev, Bulgaria, Kadir Okurer, Turkey, Rasta Thomas, USA, Nikola Gorodinski, Ukraine, Sara Renda, Italy.”

Mr Dimitrov expressed the profound gratitude of the organizers to the sponsors from Bulgaria and abroad thanks to which the Competition was possible. “First, of course, is the support of the Ministry of Culture and of the co-organizer – Varna Municipality. The Competition is held with the financial support of Fund “Culture” of Varna Municipality. Main partner for a sixth consecutive edition is Societe Generale Expressbank. Sponsors are: Utex Holding, Ballet School “Masha Ilieva”, Vivgio, BMF Port Burgas, Huvepharma, America for Bulgaria Foundation, Albena AD, Citroen. The Competition is held with the kind cooperation of: Palace of Culture and Sports, Interhotel Cherno More, Grand Hotel Varna, Festival and Congress Centre, Harlequin, the Embassy of China in Bulgaria, Almagest, So Danza, Largo Restaurant & Bar, Omega Trans Taxi, Quality Art Foundation. Our media partners are: BNT, Darik, TV1, TV Cherno More, Zhenata Dnes Magazine, website Moreto.net, Network Dance.”

Diana Ivanova, representative of Societe Generale Expressbank, pointed out that being a partner of Varna International Ballet Competition the Bank believed that it supported the highest art values.

Gille Fuchs, founder and doyen of International Ballet Competition – Varna Foundation, said: “For many years I come to the Competition in Varna and every time I think that I have seen the maximum of what can be seen and felt. While actually, at every edition I see new stars again and again, stars that are born here and I very much admire the young talents who decide to come to Varna to get recognition on this very stage.”

Sonya Dimitrova, member of the Foundation MB, presented the International Jury: “Chairman is the legend of dance Vladimir Vasiliev (Russia) – called the God of Dance and only holder of the Varna Grand Prix in the Competition history. Other four laureates of previous editions who have made an international career also sit on the Jury – Maximiliano Guerra (Argentina), Eric Vu-An (France), Aurora Bosch (Cuba), Masha Ilieva (Bulgaria). Directors of the biggest ballet theatres in Japan, China, Russia, USA, Canada and eminent ballet pedagogues will also join the Jury. They are:
Aysem Sunal, Turkey – Etoile of The Royal Ballet of Flanders, teacher and now Artistic Director of Istanbul State Opera and Ballet.
Andre Lewis, Canada – Artistic Director of Royal Winnipeg Ballet Company, teaches ballet in America, Europe and Japan.
Aurora Bosch, Cuba – professor in ballet with experience in Pedagogy of Classical Dance. Principal Maitre of Cuban National Ballet and Founder of National School, director of the Havana Ballet School.

Prof. Eldar Aliev, USA – Deputy Chairman of the Jury – after a glorious performance career he established himself as choreographer and artistic director. In 2016 Aliev was appointed as the Artistic Director of the Primorsky Stage of the Mariinsky Theatre.

Eric Vu-An, France – a dancer who expresses himself with ease in all repertoires, chosen by modern choreographers who want to include him in their creations, for whom Maurice Béjart has tailor-made many roles, since 2009 he has been Artistic Director of the Ballet Nice Méditerranée.

Maximiliano Guerra, Argentina – considered by international experts to be one of the most important contemporary dancers for the outstanding technique and the artistic versatility he displays in the performance of both classic and contemporary roles, Artistic Director of Teatro Colon.

Prof. Petar Loukanov, Bulgaria – Since 1980, he has been teaching choreographic composition, classical dance composition and choreographic and ballet production at the Academy of Music, Dance and Fine Arts in Plovdiv. He was many times juror at the international ballet competitions.

Sara-Nora Krysteva, Bulgaria – Deputy Chairperson of the Jury – Since 2003 she has been premier dancer, and since 2009 she has been the youngest director of the National Ballet. She has served on the jury of international ballet competitions.

Prof. Seon-Hee Jang, PhD, Korea – Professor at the Department of Dance, Sejong University since 1993 and Artistic Director of the Jang Seon-Hee Ballet Company since 1993.

Hiroaki Imamura, Japan – Artistic Director of “Ballet Chambre Ouest“. Chairman of jury of The Ballet competition in Hachioji, Japan. Ballets staged by Imamura and Kawaguchi were selected as the Best Japanese Ballets of the Year.

Associate Professor Maria (Masha) Ilieva, PhD, Bulgaria – In 2001 – 2003 she was Artistic Director of the Sofia National Ballet. In 1995 she opened a ballet school. She is teaching at the National Academy of Music, Sofia.

Radu Poklitaru, Ukraine – Director and Artistic Manager of the “KYIV MODERN-BALLET” Theatre, one of the leading choreographers of today. He choreographed many productions for a number of established ballet theatres. In 2014 Radu Poklitaru was invited as a choreographer for the opening and closing ceremonies of the Olympic Games in Sochi.

Deputy Chairman of the Jury Prof. Eldar Aliev stressed the fact that the Competition was the most difficult and most complex one in the world of professional ballet, a competition developing with each and every edition.

Sonya Dimitrova also presented briefly the events in the concomitant programme, the biggest of which was the International Summer Ballet Academy where Associate Professor Masha Ilieva, PhD, Xiomara Reyes from Cuba, Rinat Imaev from Russia, Yulia Smirnova from Russia, Milen Petrov from Bulgaria, Anthony Middleton from UK and Alfredo Torres from Cuba would teach. Among these events are also the presentation of a book by Prof. Vladimir Vasiliev and an exhibition of the awarded in the National Competitions for Children and Adolescents “Art against Drugs” drawings and plastic arts.

International Ballet Competition – Varna was founded in 1964 and is the first in the world professional ballet competition. It is organised by International Ballet Competition – Varna Foundation and co-organiser of the event is Varna Municipality. The forum is held with the support of the Ministry of Culture of the Republic of Bulgaria. Patron of the 27th edition is Vice-President of the Republic of Bulgaria Margarita Popova. The Ballet Olympiad is under the patronage of UNESCO and its Director General Irina Bokova.

We use cookies and other tracking technologies to improve your browsing experience on our site, sometimes show personalized content, analyze site traffic, and understand where our audience is coming from. By choosing I Accept below, you consent to our use of cookies and other tracking technologies. To find out more or to opt-out, please read our Privacy Policy